Now conservatives are racing to stop the change from destabilizing prescription drug markets and collapsing the Medicare Part D program, the world’s first (and only) government program to come in 45 percent under budget.

One-hundred-fifty-five Republican lawmakers, led by Rep. Richard Hudson (R-N.C.), signed a letter to congressional leadership demanding an urgent fix before the problem metastasizes. At issue is a change in who pays for the so-called “donut hole,” a coverage gap in seniors’ drug plans that requires paying out of pocket until an upper limit is reached.

In the budget deal, Congress decided to close the donut hole a year earlier than expected, but with a twist: The budget deal also completely changed who pays for it, shifting most of the health insurance industry’s burden to the pharmaceutical drug companies.

Democrats wanted the change to shore up an insurance industry struggling to survive a slowly unfolding Obamacare death spiral. But the abrupt and arbitrary transfer of billions of dollars to help the one industry most responsible to help enact Obamacare in the first place has also decimated the incentive structure of the price-based Part D program.

Part D works — and has cost so much less than estimated — because it carefully balances industry participation and consumer choice to create a truly competitive landscape, with decreasing prices and increasing quality, similar to how basically every other market works.

However, the changes secured by Schumer nearly eliminate the insurance industry’s financial obligation entirely, destroying the profit motive to keep costs down in the process. If insurance companies providing prescription drug plans to seniors don’t have to pay for the drugs they’re providing, what possible incentive would they have to provide that resource efficiently?

The fact that all of this is being done for what is essentially an Obamacare bailout just adds insult to injury. Part D was enacted by a Republican president, seniors love their coverage under it, and it showcases how price-based mechanisms could be used to contain exploding health care costs.

For years, Part D has been seen by conservative wonks as a beacon of hope for sustainable entitlement reform. With Medicare and Social Security about to start gobbling up the rest of the federal budget like Cookie Monster at a Mrs. Fields, a Republican-controlled Congress completely unable to even touch the pending entitlement crisis, it’s hard to be optimistic about Washington’s ability to get spending under control. But here was a major government program that was harnessing market-based design to control costs.

Now it’s about to be ransacked to pad AIG’s financials for six months? What a waste!

The good news is, Congress can easily fix the problem by moving quickly to reverse the new price controls in the Schumer budget deal and restore the incentive structure that helped Part D cut costs since its enactment in 2003.

This is exactly what Hudson and other House conservatives — a significant majority of the Houe Republican conference — are seeking.

Congress should move quickly to solve this Schumer-created problem before the situation spirals out of control. Plundering Part D to keep Obamacare afloat is not worth it! 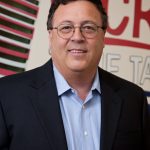