Indicted Massachusetts Judge Who Helped An Illegal Avoid ICE MUST Do Jail Time! 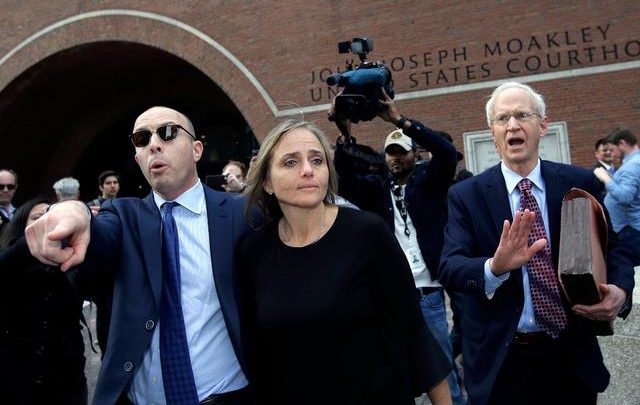 When Creedence Clearwater Revival wrote their hit song, “Lookin’ Out My Back Door”, one never has expected that one day we may have to rewrite those lyrics to reflect on society today; their judges doing cartwheels helping illegal criminals sneak out of the Back Door of District Courts! Well, if you live in the people’s republic of Massachusetts, you quite know of what I am referring to.

A Massachusetts judge has been indicted and accused of helping a defendant in her courtroom to avoid immigration authorities.

Joseph was the judge in Newton District Court on April 2, 2018, when she presided over the arraignment of a suspect who was not in the country legally and was charged with being a fugitive from justice from Pennsylvania and narcotics possession, according to the indictment.

A federal immigration detainer had been issued after the suspect’s arrest on March 30, 2018. That suspect was previously removed from the country in 2003 and 2007 and was barred from returning to the United States until 2027, the indictment reads.

During the court proceedings, Joseph asked for the courtroom’s recording device to be turned off the indictments reads. Authorities say Joseph used that time to determine a way for the suspect to avoid being arrested by an ICE officer.

MacGregor allegedly used his security card to let the suspect exit the courthouse and avoid arrest by an ICE officer, who was prevented from entering the courthouse lockup area.

Many of the cities and towns within Massachusetts are considered sanctuary environments for those who have entered our country illegally. They have become a way of life. However, when a judge and clerk take matters in their own hands and ignore the laws of the state and federal government, that put the safety of the population at risk, something drastic needs to be done.

From the moment I heard about this case, I was 100% sure that there would be indictments. I want those on the bench to follow the rule of law, adjudicate justice fairly, be compassionate, and protect its citizens.

Judge Joseph took on the role of a political activist. Something I do not believe was in the job description that they gave her when she was appointed to the bench. If her desire is change laws and advocates for a particular group of people, in this case, criminal Illegals, then she should never have accepted the appointment. Based on her actions, the judge should have stayed in private practice, run for a state office, or joined an organization that fights for the causes she felt so passionate about that she was willing to break the law. The people of Massachusetts deserve better.

I am a firm believer that Judges should not be appointed and should be elected. Judges should only be allowed to maintain their seats for a specific number of years. There also needs to be a well-defined review and recall process for those that do not follow the law.

To allow this judge to walk free would be a slap in the face to every citizen of this great country. When she accepted this position, she knew that she would be held accountable for her actions and to uphold the law to the highest standards. All accounts she has failed miserably.

There are many that would like to see backroom deals struck to get her off the hook. A slap on the hand. That cannot be allowed. We also have the outcry from some local DA’S that are now suing ICE for doing its job.

They are telling the citizens of MA that they are more concerned about the rights of criminal illegals than they are the safety of those that they swore to protect. ICE agents are doing their job removing these dangerous individuals from our streets.

Judge Joseph, a jury of your peers will soon try you and accept their verdict. A verdict I feel should include jail time. A message has to be sent to judges across this country to follow the law and keep your personal political views out of the courtroom.

Finally, for all of our elected officials that have deemed their communities Sanctuary cities or towns, I hope that you understand that your actions may soon find you in the same position as Judge Joseph!