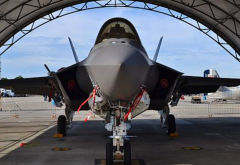 Congressional lawmakers may need a primer on the meaning of a “budget.” As the average American family knows all too well, a budget is the way to determine what you can afford to spend. A family that exceeds its budget usually decides that it needs to eliminate wasteful spending.

But instead of cracking down on waste, some lawmakers want to double down. The wasteful program, in this case, is the Joint Strike Fighter, a warplane known as the F-35. The Trump administration, in its most recent defense spending request, asked for enough funding for 78 of these jets. As we’ll see, that was already a huge waste.

But lawmakers on the House Armed Services Committee want to spend even more than that. In the annual, must-pass National Defense Authorization Act, the committee: “Authorizes $10 billion to procure 94 Joint Strike Fighter aircraft, an additional 16 aircraft above the administration’s request.” Lawmakers say this spending will allow “the forces to modernize and equip themselves with the most advanced and capable fifth-generation aircraft.”

That would be great, if it was true. But the history of the F-35 tells a much different story.

First, let’s note that the entire program has been over budget almost since it was conceived in the 1990s. That’s partly because the military wanted one type of plane that could accomplish several different types of missions for three branches of the service. As the RAND Corporation later found, trying to build a one-size-fits-all platform meant spending more than building three separate platforms would have.

Over the years, the plane failed test after test, and had to be retrofitted at a cost of additional tens of billions of dollars. “The estimated total price for research and procurement has increased by $22 billion in current dollars adjusted for inflation, according to the Pentagon’s latest annual cost assessment of major projects,”Bloomberg reported back in April. “The estimate for operating and supporting the fleet of fighters over more than six decades grew by almost $73 billion to $1.196 trillion.”

Second, the military and contractor Lockheed rushed the F-35 into the air,building new jets before the prototypes had completed their shakeout flights. When new problems, with both software and hardware, inevitably cropped up, planes had to be taken out of service and fixed.

Finally, while they were good at running up a tab, the planes don’t deliver value for the money.

It’s not clear that the jet, when it does fly, is even effective. For example, the Air Force is using much older planes in some deployments, because it wants its jets to be seen (and therefore feared). The F-35 doesn’t effectively project force. Far from becoming an effective weapon, the F-35 is proving to be a fragile one that cannot accomplish its missions.

Before he took office, President Trump promised reform. “The F-35 program and cost is out of control. Billions of dollars can and will be saved on military (and other) purchases after January 20th,” he Tweeted. His administration isn’t exactly delivering, but it’s not too late for lawmakers to reconsider.

One committee staffer recently told reporters that lawmakers want to collect more information about the F-35 and other weapon programs. “It’s been a while since we’ve seen an independent cost estimate from the services.” If the military will provide fair information about the cost of the F-35, lawmakers could still enact a sensible budget that would slash wasteful spending on this plane.